A plan for creating an enhanced east-west connection through Downtown is getting a major boost.  In April, Councilman Kevin de Leon unveiled plans for a revitalized 7th Street from San Pedro west to Figueroa St., the largest Downtown street infrastructure project in decades.   Construction on the $18.7 million began soon after the official April 4 groundbreaking and press conference.  Now, de Leon has secured the remaining $3.5 million to fund the segment between San Pedro and Alameda, which crosses through the heart of the Industrial District.

There is no date certain for work to begin on the San Pedro to Alameda segment, but plans are moving quickly.  In addition to the public funding, there will be a Prop. 218 election asking property owners along that section of 7th St. to support a new lighting district, an investment that will make a dramatic difference in the look and safety of 7th St. 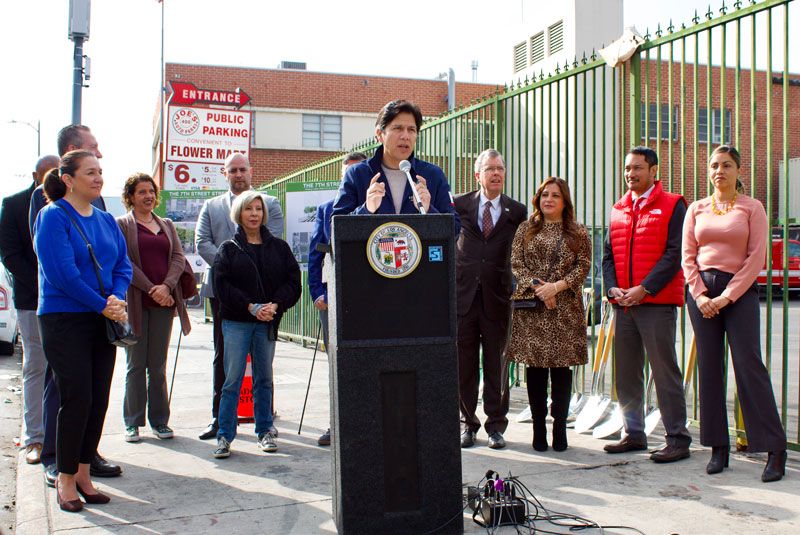